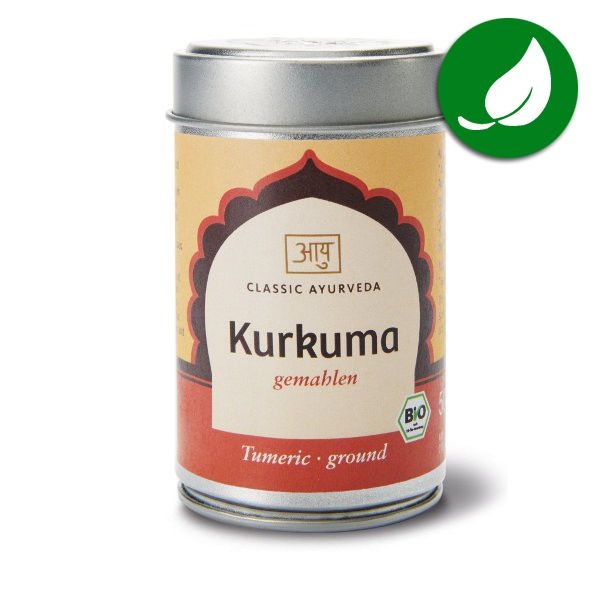 Organic turmeric powder or Haldi in India, a spice that is essential in Indian cooking.
Sold in packs of 50g

Turmeric comes from Curcumin and curcuminoids, which are kinds of polyphenols that produce the color yellow. Turmeric is called Haldi in India. It is sometimes also called Indian saffron. It is used in cooking for its taste and its power of color but it is also used as cosmetic and medicine. It is the town of Erode, the yellow town, in the region of Tamil Nadu, which produces the largest quantity of turmeric in India.

How to use turmeric

It is a rhizome of the same family as ginger, which is boiled and then peeled, dried and powdered. This powder is used as a spice and also in mixtures of spices such as curry in Indian dishes. We can also make pickles with rhizomes of turmeric.

Turmeric facilitates digestion and is good for sore muscles and joints. It has the power to prevent skin allergies and to remove bacteria. In India, it also used to be used as the first treatment for injury, in powder applied directly on a wound.

The spices made by Amla can be used in Ayurvedic cooking. They are known and appreciated for their positive effects. The quality of Amla Ayurvedic food is ensured by careful selection and processing.