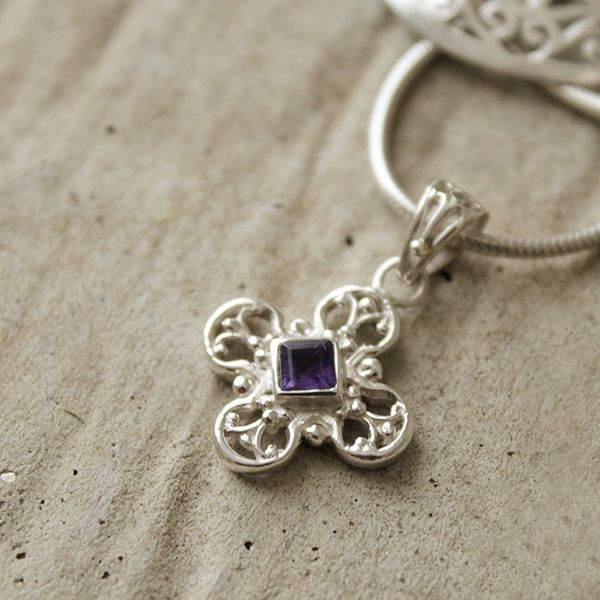 Even if the use of silver for jewelry in India started a long time, Indian silver jewelry are still very fashionable today.Because of its properties, the silver can be used for manufacturing all kinds of jewelry: neck or wrist chains, pendants, earrings, necklaces, rings or bracelets, but in India it is also used for ankle chains, Tika, nose rings or toe rings.

In India, as in many countries, the silver was used to make coins, the Indian Rupee. The word Rupee is derived from a root word meaning Silver. But silver is even used in extremely small quantities in the manufacture of Indian sweets, in very thin layers, as a garnish. It is then called Vark.

Indian silver jewelry are associated with gemstones as:

Carnelian: a stone of reddish orange color, it is used mainly in jewelry. We found large deposits in India.

Moonstone: it is almost colorless, with hints of yellow and blue. There are many deposits of this stone in India.

Black onyx: is a black color stone, a variety of chalcedony, a mineral that is composed of silica. It is much used in the manufacture of silver jewelry, its color contrasts with the shiny white color of silver.

Malachite: it is a stone of deep green color, which can range from dark to light, rather dull. It is used as an ornamental stone, especially in the manufacture of jewelry.

Citrine: it is a variety of quartz, rather pale yellow stone. Natural citrines are rare.

Amethyst: it is a variety of quartz, purple or violet, more or less clear. It is much produced in southern India.

Garnet: also called red gem, it is a stone used since ancient times in jewelry, red-brown in particular. It is widely used in industry and jewelry.

Agate: it is a variety of quartz, a stone that can be found in various bright colors. It is widely used in industry and jewelry.