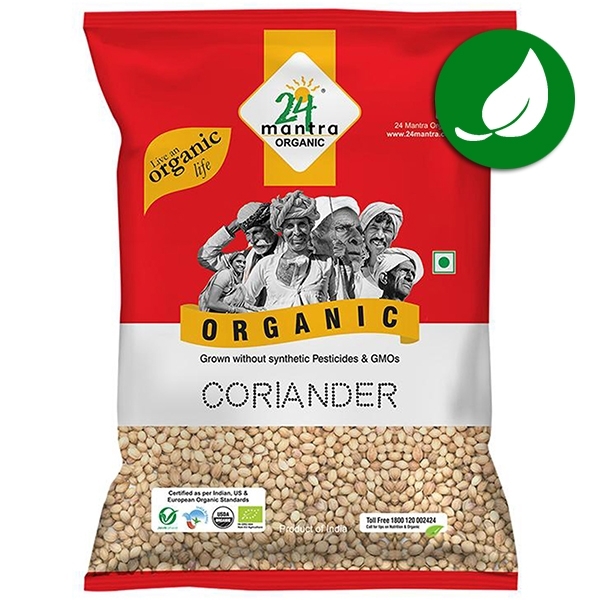 Indian organic coriander seeds, an Indian spice used for its culinary and medicinal virtues. A spice called Dhania in India.
Sold in packs of 100g