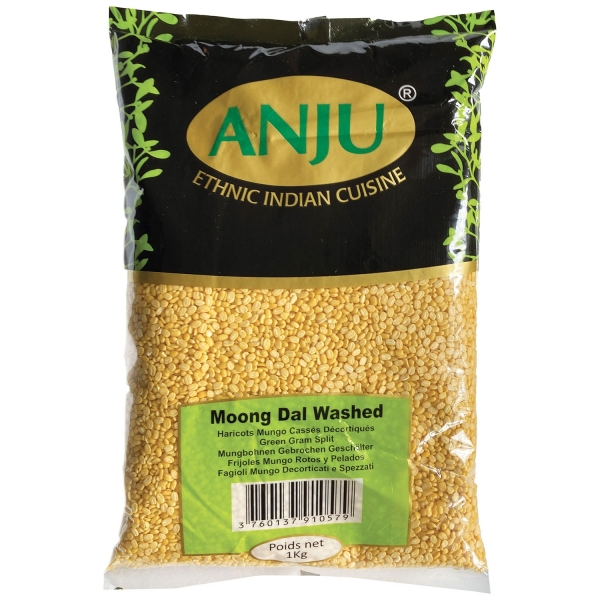 These small oval-shaped green beans are known by several names: mung bean or green soybean or Mung in India. This is a sub tropical or tropical plant, requiring a warm temperature, which is widely grown in India.

Moong is the name of the whole grain, and when the grain is broken in two, like split pea, it becomes a variety of lentils called Moong daal. Moong dal is or green, when it has not been peeled, or yellow when it has been peeled.

How to use mung dal

Broken grains not peeled are also used to prepare dal, but also to make pakoras.

With whole beans, the most popular in the cuisine of northern India is to soak them and make them germinate. These sprouted grains can be cooked just like lentils or can be also an excellent refreshing salad.

Why use mung dal

They are very good to fight against muscle tiredness, and they give strength. In India, you are advised to eat some sprouted grains after yoga classes. It is also an ingredient easy to conserve.